£1,999.17
Customer ratings and reviews
Nobody has posted a review yet in this language
Rate it

Back-up your movies and TV shows from
4K UHD, Blu-ray, DVD and CD discs
and enjoy them in every room of your home

Powerful 8-bay NAS with RIP function to back up your CD, DVD, Blu-ray Blu-ray 3D and 4K UHD discs. Perfect to enjoy multi room audio and video (including movies and TV shows) throughout your whole home.

With high-performance video processing technology and a rich media centre application, the Zappiti NAS RIP 4K HDR delivers an optimal value for Zappiti users to build up an ideal audio/video library storage and feature-rich entertainment hub. The Zappiti NAS RIP 4K HDR was designed from the ground up to store movies and TV shows reliably on a modern array of hard disk drives without compression or loss of quality. Designed and assembled in France (Europe), the Zappiti NAS RIP 4K HDR is highly scalable and able to continue operating even after a drive failure, without losing any content.

The Zappiti NAS RIP 4K HDR provides fail-safe storage for your collection using professional disk storage technology called RAID-5. If a drive fails, data is automatically restored to the hot spare disk, without loss of any content. The failed drive is replaced without turning off the server or disrupting playbacks in progress.

Multiple Zappiti NAS RIP can be stacked to store even more video and audio content.

The built-in optical disc drive supports fully-automated bit-for-bit back-up of your 4K UHD, Blu-ray, DVD and CD discs. Open the tray of the Blu-ray player. Insert your disc and this is it! Zappiti NAS does all the work for you! There is nothing else to do! Once your disc is ripped and saved in the internal storage of the Zappiti NAS, it is ejected and you can simply insert another one.

Then, for the movies and TV shows, Zappiti collects the covers and various info to generate a feature-rich user interface, accessible from any room equipped with a Zappiti media player connected on a TV or projector. The Zappiti onscreen user interface is also displayed at 60 frames per second, resulting in fluid animation and a stunning visual impact. Movies can be resumed or played back from the opening scene without sitting through warnings, advertisements, or disc menus.

For your music, Zappiti collects the album cover and artist thumbnail. Then you can access your music from any room of your home, equipped with a Zappiti media player but also from most of the audio players or connected speakers available on the market. Such as audio systems from SONOS or OPPO brands. You can also access the music collection from your computer.

If you want to back-up 4 UHD, Blu-ray, DVD or CD discs simultaneously, don't worry! Just plug-in an additional external Blu-ray drive connected via USB, to your Zappiti NAS RIP 4K HDR. Then you will be able to back-up your discs 4 by 4! (1 internal and 3 external).

Warning! In case of a simultaneous rip, we advise you to do not launch video playback during the RIP processing.

The "rip" function is only available on Zappiti NAS RIP 4K HDR.

Attention obsessive cinephiles and hard-core music lovers. Zappiti NAS RIP 4K HDR is the solution for you! It provides the best possible picture and sound quality. So, whether you’ve got a big home theatre to fill with cinematic bliss or audio system with a discerning ear for divine sound, we’ve got you covered.

And your CD audio discs are saved in FLAC and ALAC (Lossless) for amazing sound quality in High Fidelity.

If your total storage is not enough, you can expand it! The Zappiti NAS Rip is a scalable NAS. And you can benefit from personal premium user support, to easily install additional drives and set up the storage system in RAID 5*. The Zappiti NAS features a hardware RAID to helps prevent data loss and improve performance. There will also be more advanced features when using the hardware RAID, like hot-swap on your drives in case of a drive failure.

WARNING! DO NOT REMOVE THE HDD! If you have any doubt about HDD, please contact us before any operation.

Once your video files are stored in the internal storage, Zappiti NAS scan and analyse your movies and TV shows via the integrated and pre-configured application "Zappiti Server". Premium quality cover art, synopsis, and various info (release date, director, actor, duration, note) are downloaded from the Internet to automatically generate an astonishing user interface for your movie/TVshow library.

With the parental control feature, you can mark movies and TV shows as "children's" and block access to other video contents with a PIN code. Thus, your children can safely access only their movies and TV shows! In addition, the child mode provides direct access to the video contents without the plot page for greater ease of use. Finally, the parental control feature blocks access to the editing and deleting functions of your Zappiti collection for perfect safety. 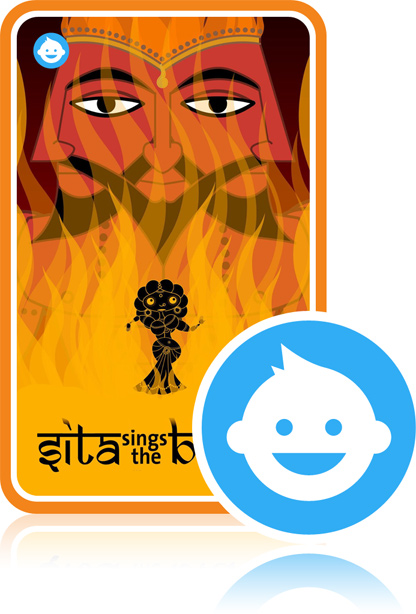 And in addition to movie covers collected from various databases, Zappiti offers its own base of movie covers — Zappiti Db. These thousands of posters were specially designed by the Zappiti graphic design team to perfectly adapt the Zappiti display ratio. Thanks to these high-quality movie cover available in various languages, the titles of the films are always legible, the important visual elements and the texts are not cropped, and the posters are cleaned and standardized for the best possible visual experience. At this time, the Zappiti Db movie cover database contains about 11,000 posters including the most popular and newest movies, but also many classics that benefit from full high-quality restoration process of the original poster. And every day, dozens of new posters are added in the Zappiti database. 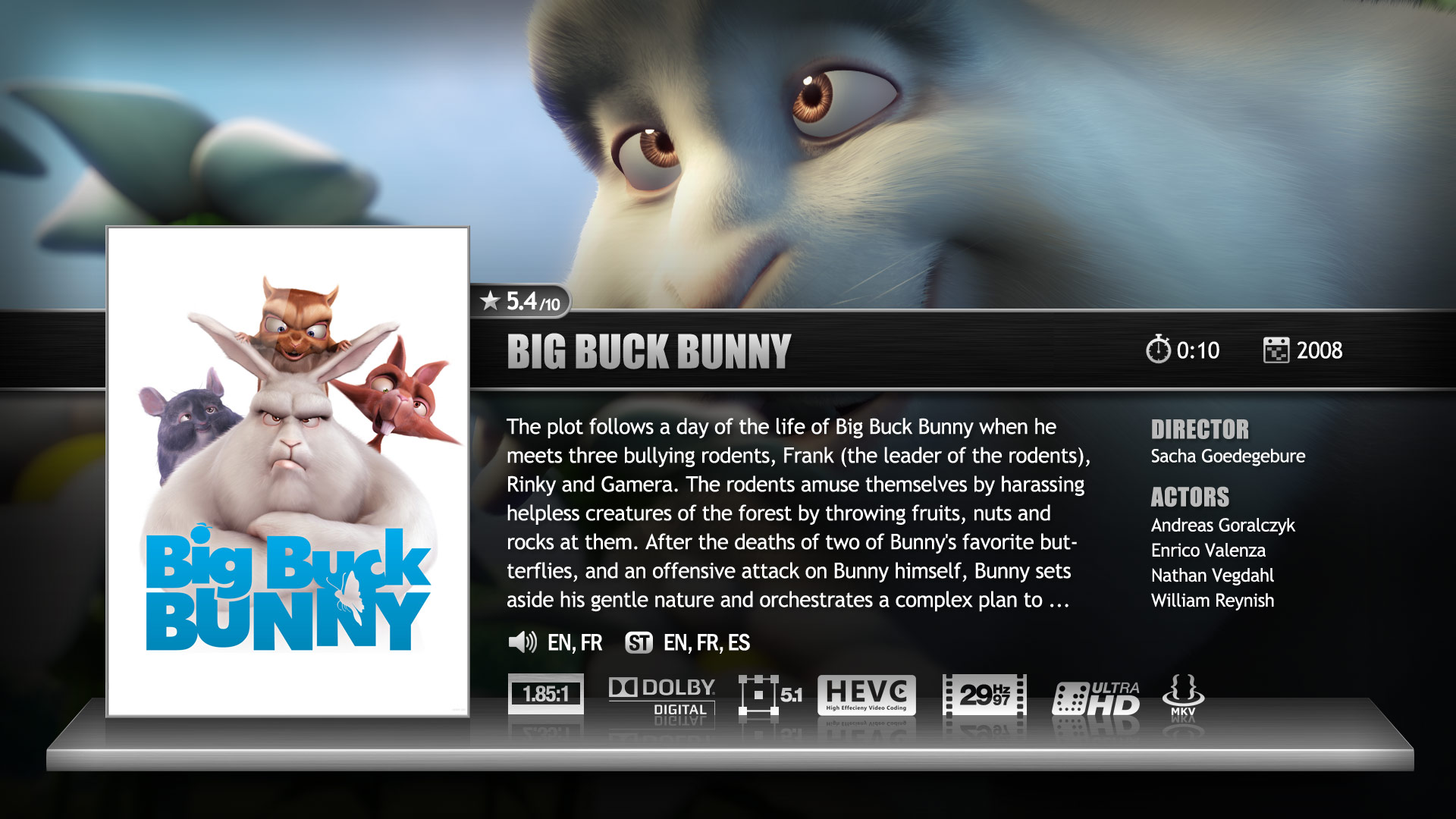 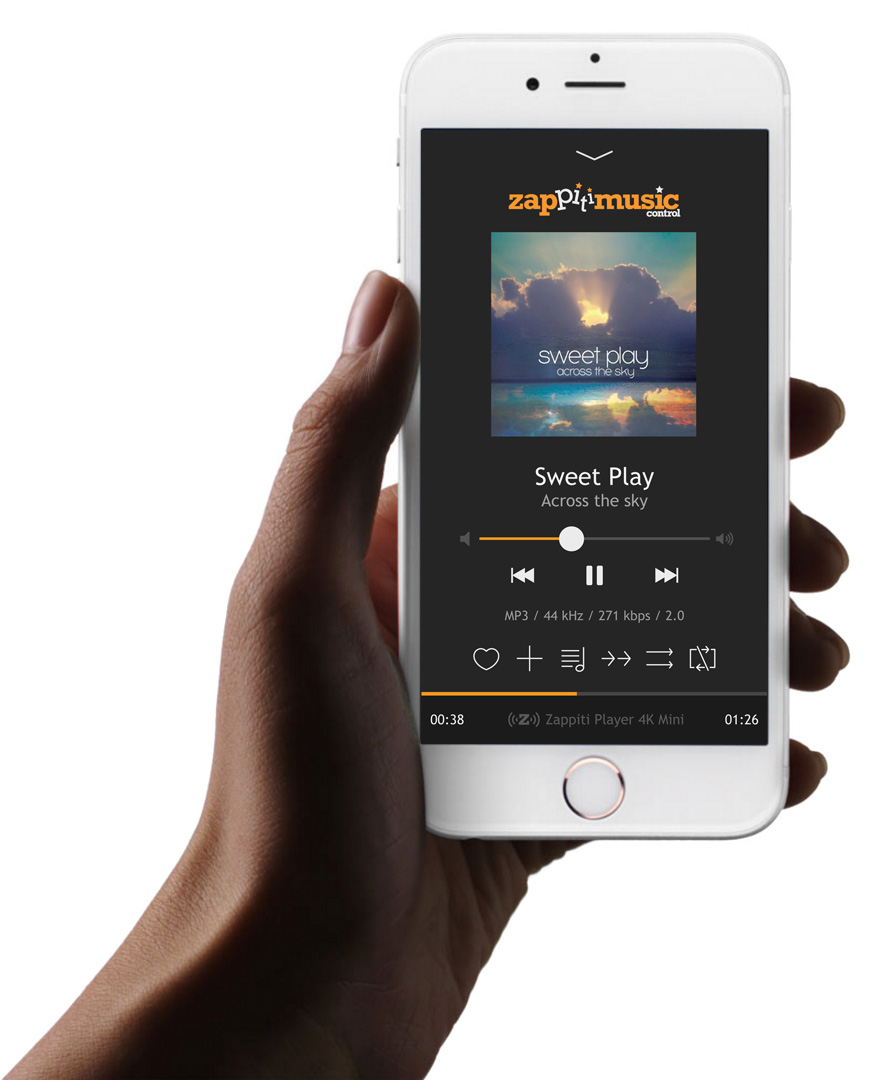 With first-class design components for simultaneous playback of UHD quality video contents throughout large homes and yachts, Zappiti product line brings it all together to deliver the best home theatre experience ever. Browse your collection through the beautiful and intuitive onscreen user interface, search your favourite movie or TV show via the powerful search engine, or let yourself be inspired by movies presented by genre, ranking, director or actor. 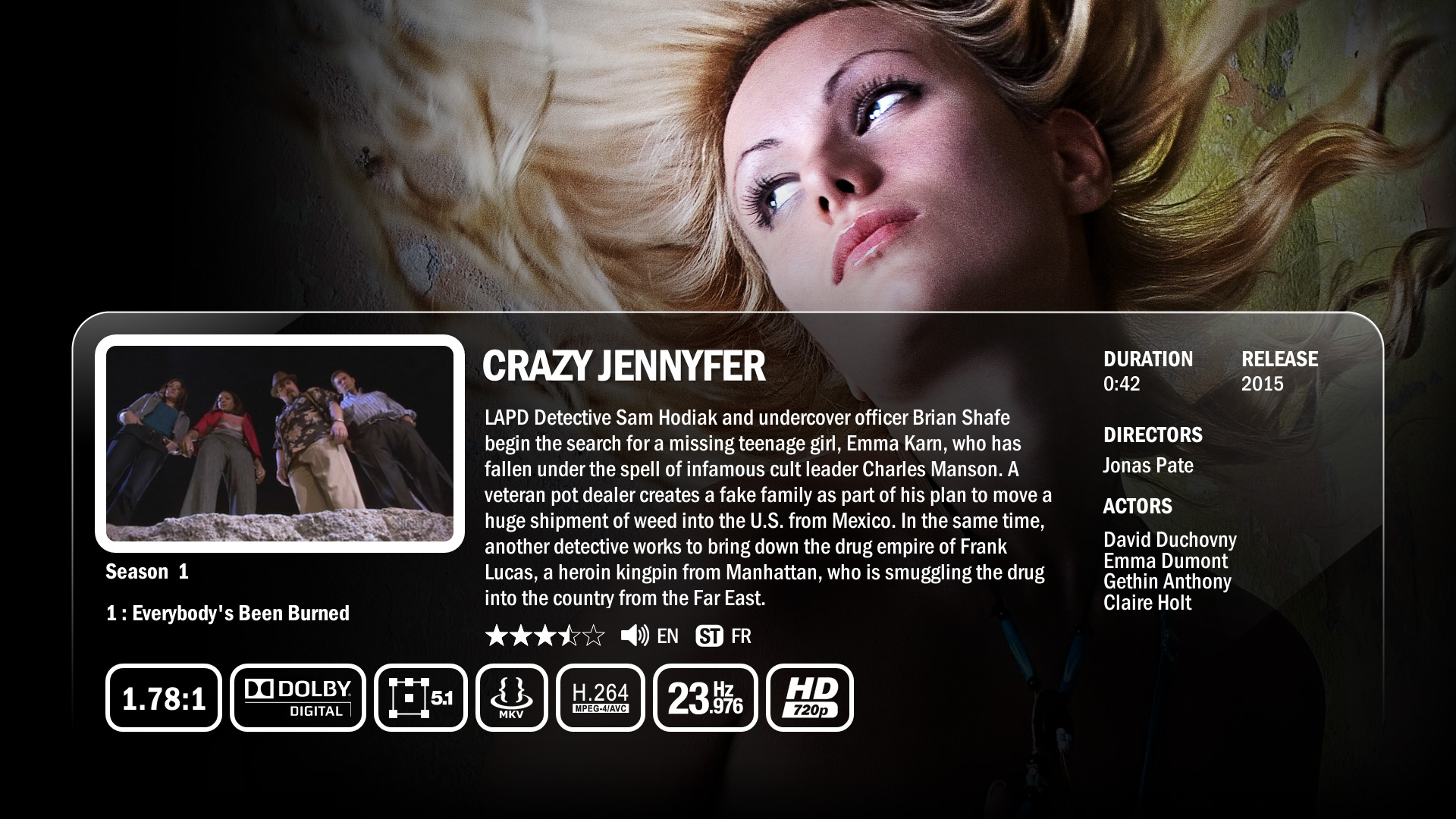 The Zappiti NAS is totally plug and play. The only thing you toned to do, is create a Zappiti account on your Zappiti media player and enjoy it!

● Back-up (rip): The Zappiti NAS RIP 4K HDR can automatically back-up your movies and TV shows in 4K UHD, Blu-ray and DVD (rip) formats. To back-up a movie or a TV show, you just must insert a 4K UHD, Blu-ray or DVD disc into the optical drive located on the bottom of the Zappiti NAS RIP 4K HDR. Once the movie is saved, the disc is ejected. DVD, Blu-ray and UHD discs are dematerialized in virtual disc (ISO format) to preserve the original image and sound quality. No re-compression is applied and all movie soundtracks, chapters and subtitles are saved.
Note: It is possible to rip multiple discs at the same time using optional external disc transport (4K UHD, Blu-ray, DVD and CD discs) connected via USB. Click here for more info >
● Automatic configuration: Automatic creation of the MOVIES and TV SHOWS folders and the Zappiti collection. Automatic configuration of the movie / TV show folder path to access the videos.
● Automatic identification: Auto-start identification process when launching Zappiti application on one of the Zappiti media players connected to your local network. Zappiti automatically retrieves for each video content its cover (poster), a wallpaper, the synopsis of the film, technical information, and various info such as actors, director, duration, release date, note, etc.
● Automatic categorization: All movies and TV shows are indexed automatically and associated with one category or more (genre). Then you can apply filters and sort functions to find a specific movie more easily (alphabetical order, release date, date of addition, note, duration, unseen movies, etc.).
● Editing and deleting movies: Edit all texts, info, and images or delete a movie or a TV show directly using the remote control*.
● Video Playback Features: On 4K UHD or Blu-ray, directly and instantly access the movie without having to deal with alert messages and trailers. Directly access a percentage of the total movie duration using the 1 to 9 buttons* (1% to 90% of the total time) and quickly access to a specific movie duration with the direct access timeline using the Left / Right buttons*.
* Using the Zappiti Media Player's remote control (Zappiti Media Player not included).

● Back-up (rip): The Zappiti NAS RIP 4K HDR automatically back-up your CDs (rip). To back-up a CD, you just insert the disc into the optical drive located on the bottom of the Zappiti NAS RIP 4K HDR. Once the album is saved, the disc is ejected. The CDs are saved in format FLAC and ALAC for the best quality but also in MP3 format for greater compatibility.
Note: It is possible to rip multiple discs at the same time using optional external disc transport (4K UHD, Blu-ray, DVD and CD discs) connected via USB. Click here for more info >
● Automatic identification: Automatic album analysis.
● Automatic categorization: The tracks are placed in an album folder and album folders are placed in artist folders.
● Covers and thumbnails: Automatic download of artist thumbnails and album covers.
● Add personal music files: Add your personal or downloaded music and organize them as you wish. Most audio formats are supported such as WAV, AIFF, ALAC, FLAC, MP3, OGG, AC3, DTS MPEG, AAC, LPCM, APE, M4A, VSELP, Ogg / Vorbis.
● Music Playback Without TV: With Zappiti Music, you can control your music playback through your Zappiti media player, from your smartphone or tablet (iOS or Android) without the need of TV. Select the Zappiti media player you want to control and manage your music collection directly from your tablet or smartphone.
● Custom album covers: Edit or add custom images. For instance, you can add a picture of the background cover scanned from the CD box or change the photo of the artist by another one downloaded from the Internet. Warning! If all photo sizes are capable of displaying on the Zappiti media player, we recommend using square aspect ratio on up to 500x500 resolution for better compatibility and faster viewing (Sonos app accepts up to 1024x1024 and Zappiti up to 3840x3840). Images that will be used as thumbnails for artists and albums must be named "folder.jpg". Additional images such as the back of the album cover, photo of the CD box or the inside pages of a booklet can be renamed differently.
● Music slide show function: For live concerts, it is possible to display a music slide show. Just place the photos of the concert in the album folder and click on the first image. A beautiful musical slideshow with a dynamic camera and fade effects will appear on your TV. To change the audio track during slideshow playback, please press the PAGE + / PAGE- buttons on the Zappiti player remote control.
● Deleting and renaming: Delete or rename your folders and tracks using the remote control.
● Audio playback functions: Shuffle, folder playback, repeat title, repeat playlist.
● Connected speakers and audio players: Audio files are generated in multiple formats; album covers and artist's thumbnails are standardized to allow compatibility with most audio players and connected speakers on the market such as Sonos or Oppo. In this way, the music files are accessible in multi-room and can be controlled using a tablet or a smartphone via applications dedicated to connected devices (for instance, the Sonos app). You can also play your audio files with a connected computer using your favourite audio software. 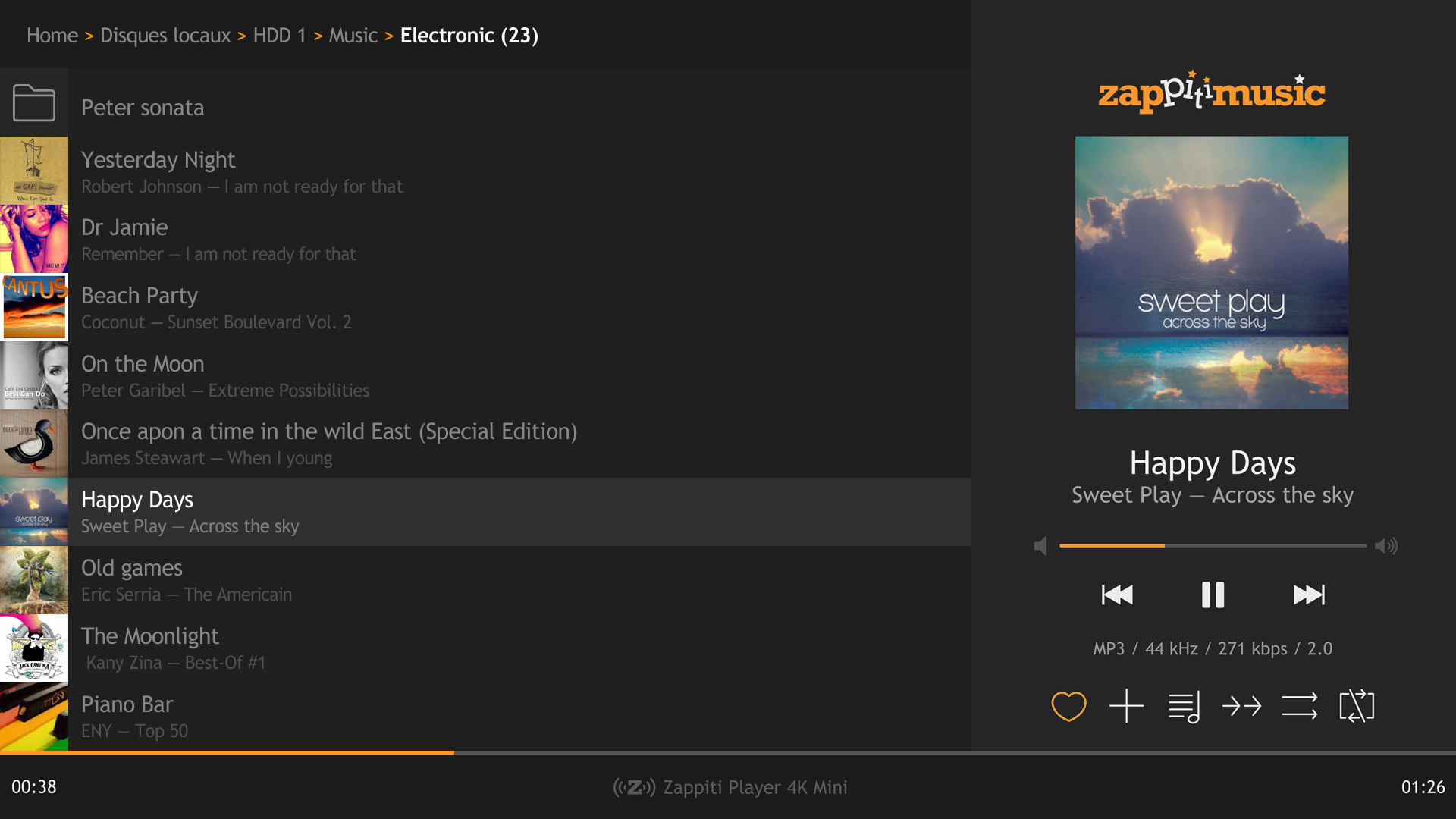 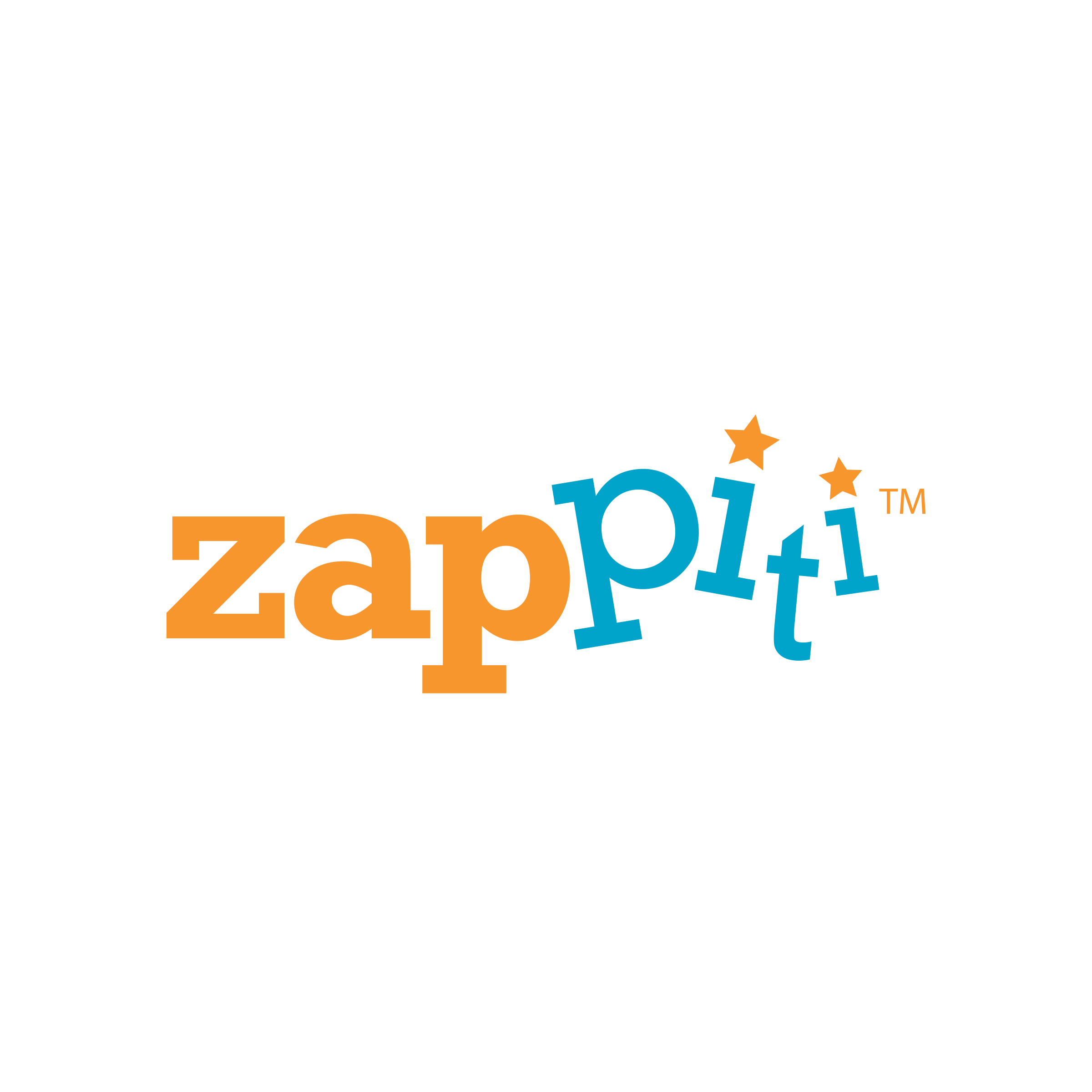