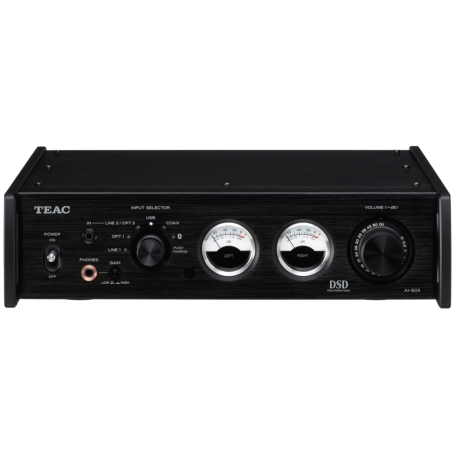 The AI-503 is an integrated amp and USB DAC that supports inputs up to 11.2MHz DSD and 384kHz/32-bit PCM. The DAC/preamp, which is the heart of the unit, follows the same design concept of our UD-503 and adopts a dual-mono circuit design that is fully balanced.

£745.83
Customer ratings and reviews
Nobody has posted a review yet in this language
Rate it

The AI-503 is an integrated amp and USB DAC that supports inputs up to 11.2MHz DSD and 384kHz/32-bit PCM. The DAC/preamp, which is the heart of the unit, follows the same design concept of our UD-503 and adopts a dual-mono circuit design that is fully balanced. Separate VERITA AK4490 D/A converters - made by Asahi Kasei Microdevices Corporation - are used for the left and right channels. In addition to a USB digital input (for Windows/Mac computers), optical/coaxial digital input and RCA analog input, we have also enabled high-resolution wireless audio listening by including a LDAC-compatible Bluetooth® receiver. Furthermore, with a combined 3.5mm optical digital/stereo mini jack on the front panel, the unit supports wired, as well as wireless, input from DAPs.

The power amplifier uses a Class-D power amplifier (made by ICEpower a/s) that guarantees high resolution during the playback of delicate signals as well as high linearity at high volumes. This unit can power both compact bookshelf speakers (for desktop applications) and large floorstanding speakers. The pre-amp section uses a fully-balanced TEAC-QVCS high-precision volume control circuit with a 4-circuit construction. By maintaining detail levels at all resolutions, the AI-503 creates a very realistic soundstage, along with a high signal-to-noise ratio and excellent sense of space. By connecting an external power amplifier to the fitted pre-out jacks, you can upgrade performance and create an even more capable audio system. The headphone amp section uses a discrete TEAC-HCLD circuit, with a push-pull arrangement, allowing it to drive even high-impedance headphones with ease. The two-stage High/Low gain switch enables optimal volume setting for everything from low-impedance in-ear monitors to high-impedance (600Ω) on-ear headphones. Furthermore, the inclusion of a 3.5mm headphone jack, one that supports a 4-pole separate ground connection, allows excellent channel separation, even when using balanced-type headphones or earphones. 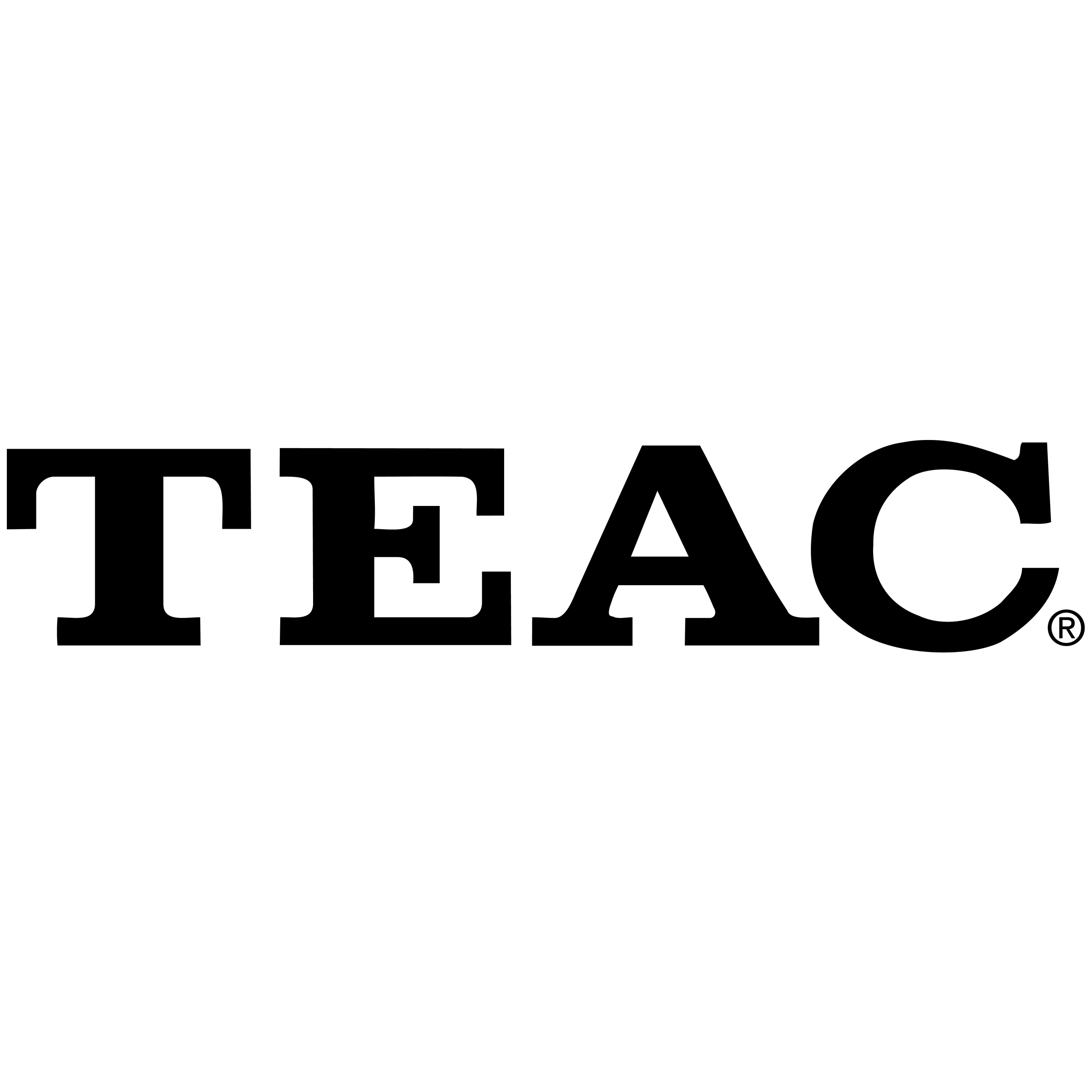 High-performance VERITA AK4490 DACs support 11.2MHz DSD and 384kHz/32-bit PCM
For the DAC chips, the key to high-performance digital audio, we used the highly-regarded VERITA AK4490* DACs, made by Asahi Kasei Microdevices Corporation. Along with native playback of 11.2MHz DSD signals through direct processing, a wide range of high-resolution audio sources (including 384kHz/32-bit PCM digital input) are supported. These DACs enable the reproduction of the finely etched detail and outstanding sense of stereo placement that are the hallmarks of quality high-definition high-resolution audio sources.
*The AK4490 is a member of the Asahi Kasei Microdevices Corporation Audio4proTM family brand of products developed for professional audio devices and high-end digital audio applications.

Dual-mono configuration supports fully-balanced transmission
As well as helping deliver class-leading levels of power, the sophisticated dual-mono configuration also extends to the D/A converter and the preamp.
The dual-mono layout incorporates two completely independent mono circuits for the left and right channels. Starting with the high-performance VERITA AK4490 D/A converters, this arrangement provides outstanding isolation between the two channels. The suppression of interference between the left and right channels is particularly important when it comes to headphone listening.

Pre-amp section provides fully balanced transmission and uses TEAC-QVCS high-precision volume control circuit
For the preamp circuit, we have utilized the TEAC-QVCS (Quad Volume Control System), an ingenious circuit with a fully-balanced design. It allows balanced processing of the audio signal at every stage, from immediately after digital-to-analog conversion until the signal reaches the volume amplifier.
Control signals, transmitted from the volume knob, simultaneously adjust the variable-gain amplifier-type volume controls of four independent circuits — providing a positive and negative for both the left and right channels. Using this system, the unnecessary manipulation of audio signals is eliminated, and the left/right and  positive/negative independence of the audio signals is preserved until a point immediately before the power amplifier, achieving a clear sound quality with outstanding channel separation. (This process only applies to balanced analog inputs).
What’s more, "gang errors" (level discrepancies between left and right channels at low volumes), which can be a particular issue during headphone listening, have been completely eliminated, so you can enjoy accurate audio even when using low-impedance in-ear monitors.

Pre-outs can be connected to both power amplifiers and active speakers
The AI-503 can also be used as a high-quality preamp. As the volume from the RCA output jacks can be varied, you can achieve a seriously upgraded audio system simply by connecting a power amplifier to the pre-out jacks. In addition, the unit has a pair of analog RCA input jacks, so you can also connect an analog turntable with a built-in phono EQ amplifier, such as a TN-350 or TN-570, a cassette deck, or other analog equipment.

Built-in 44.1kHz and 48kHz clocks
The AI-503 supports asynchronous transfer mode when connected by USB, allowing it to control PCM and DSD signals by synchronising them with its own clock (generated by a high-precision crystal oscillator) rather than synchronising with a computer clock signal that is invariably unstable and noisy. Two dedicated internal clocks (running at 44.1kHz and 48kHz) are built in. By clocking signals that are a multiple of the clock frequencies to an audio-grade, high-precision crystal oscillator, featuring inherently low phase noise, the damaging effects of jitter on audio quality can be largely suppressed and the audio source can be reproduced more faithfully.

DSD filters: CUTOFF at 50kHz, CUTOFF at 150kHz
Note: When receiving signals at 352.8 kHz or 384 kHz, the digital filter will be disabled during playback regardless of this setting.

Bluetooth® receiver that supports LDAC
The onboard Bluetooth® receiver supports LDAC* and aptXTM as well as AAC and other wireless transmission of high-quality audio. You can easily enjoy your music by wirelessly transmitting audio from your smartphone or tablet.
*LDAC is an audio coding technology developed by Sony that enables the transmission of High-Resolution (Hi-Res) Audio content, even over a Bluetooth connection. Unlike other Bluetooth compatible coding technologies such as SBC, it operates without any down-conversion of the Hi-Res Audio content*1, and allows approximately three times more data*2 than those other technologies to be transmitted over a Bluetooth wireless network with unprecedented sound quality, by means of efficient coding and optimized packetization.
*1 excluding DSD format contents
*2 in comparison with SBC (Subband Coding) when the bitrate of 990kbps (96/48kHz) or 909kbps (88.2/44.1kHz) is selected

Class-D power amplifier made by ICEpower a/s
In order to deliver high-quality audio performance, we have incorporated a well-regarded high-output power amplifier made by ICEpower a/s. This guarantees high-resolution playback of delicate signals as well as excellent linearity at high output levels.
It is the use of a compact and high-efficiency Class-D power amplifier that has enabled the inclusion of a dual-mono circuit configuration in the DACs, highly beneficial to digital audio, in a small form-factor with dimensions about the size of a single A4 page.
ICEpower® is a registered trademark of Bang & Olufsen ICEpower a/s.

TEAC-HCLD circuit with discrete, push-pull circuit
The dedicated headphone amp employs Class AB operation, a discrete push-pull circuit and op amp. We have applied all the expertise we gained during the development of the UD-503 to give this model a circuit design that suppresses the occurrence of noise while maintaining the wide operational range of a Class-A amplifier. The fine details and nuances of music, captured in high-resolution audio sources, are conveyed in an untainted way.

Dual analog level meters convey audio pulsations
Analog level meters are built into the front of the unit. These meters, which move in response to signal levels, emphasise the role of the unit as a piece of audio equipment and will reinforce the sense that the room it’s located in is a place for listening to music. In addition to a dimmer function with four levels (bright, normal, dim, off) that allows you to adjust the brightness to match the lighting of the room, you can also turn off the operation of the level meters completely.

User interface designed with a focus on making operation enjoyable
We pay great attention to each and every control, including an aluminum volume knob with firm torque and toggle switches that provide a sense of satisfying certainty in operation. The dedicated remote controller, which is topped with aluminum alloy, exudes class. We also focused on the operation of the unit itself and so the remote control can be used to adjust volume in steps as small as 0.5 dB.

All-metal enclosure provides both vibration resistance and a stylish appearance in an A4-sized footprint that can be easily accomodated
Since the enclosure is completely made of metal panelwork, which is resistant to external noise, the infiltration of electromagnetic noise generated by computers and other equipment is well-suppressed. This creates an electrically ‘clean’ internal environment with little noise, even in outside environments that offer difficult conditions for audio equipment. The metal chassis also has 8mm-thick aluminum panels on both ends. These features prevent twisting and bending, resulting in a strong and stable body structure. In addition, its footprint, which is the size of an A4 page*, allows it to be placed on tables, sideboards and in other small spaces.
*Not including jacks, knobs and other protruding parts

Software
Free TEAC HR Audio Player application supports 11.2MHz DSD playback on both Windows and Mac computers
TEAC HR Audio Player, which is free music playback software written specifically for TEAC products, allows native playback of 11.2MHz DSD, 384kHz PCM and other high-resolution music files. Since there is no need to make complex settings on a computer (Windows/Mac), the basic set-up required to use the AI-503 with computer audio playback is simple. Even those who are not very good with computers can get up and running quickly using this app.
Note: When using this unit with a Windows computer, you must install the dedicated driver 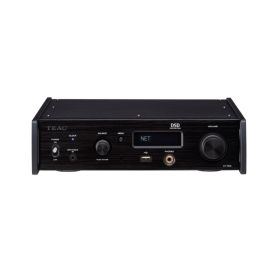 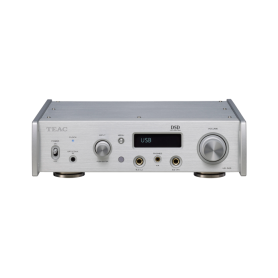 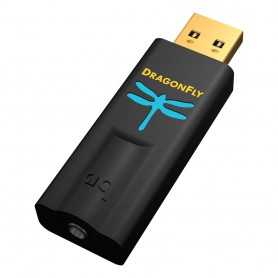 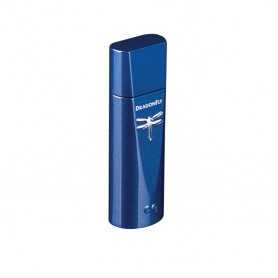 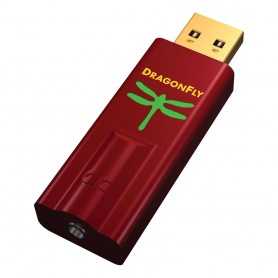 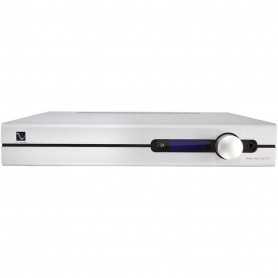